Find a correlation in your data set

There is a clear relationship here. For commercial / institutional consumers and residential consumers gas consumption steadily declined. Industrial consumption of gas dropped in April, but remained relatively consistent after that point.

I struggled to get normal distributions working in orange or tableau, I was turned off by the scripting and advanced math that popped up when I looked up how to do it. I suspect that the result is inaccurate, as I had expected a positive skewed mesokurtic curve. If it had just been the green and blue distributions it would have been a Leptokurtic curve. If it had just been industrial consumption it would have been closer to a platykurtic curve.

I don’t entirely understand the math behind normal curves, so my expectations may be wrong, although I see no reason why industrial consumption would occur so late. I wonder if the values are being accumulated between time periods and rather than occurring 5 times (the amount of time points) they occur less often.

Variables that are not normally distributed:

Why they are not normally distributed 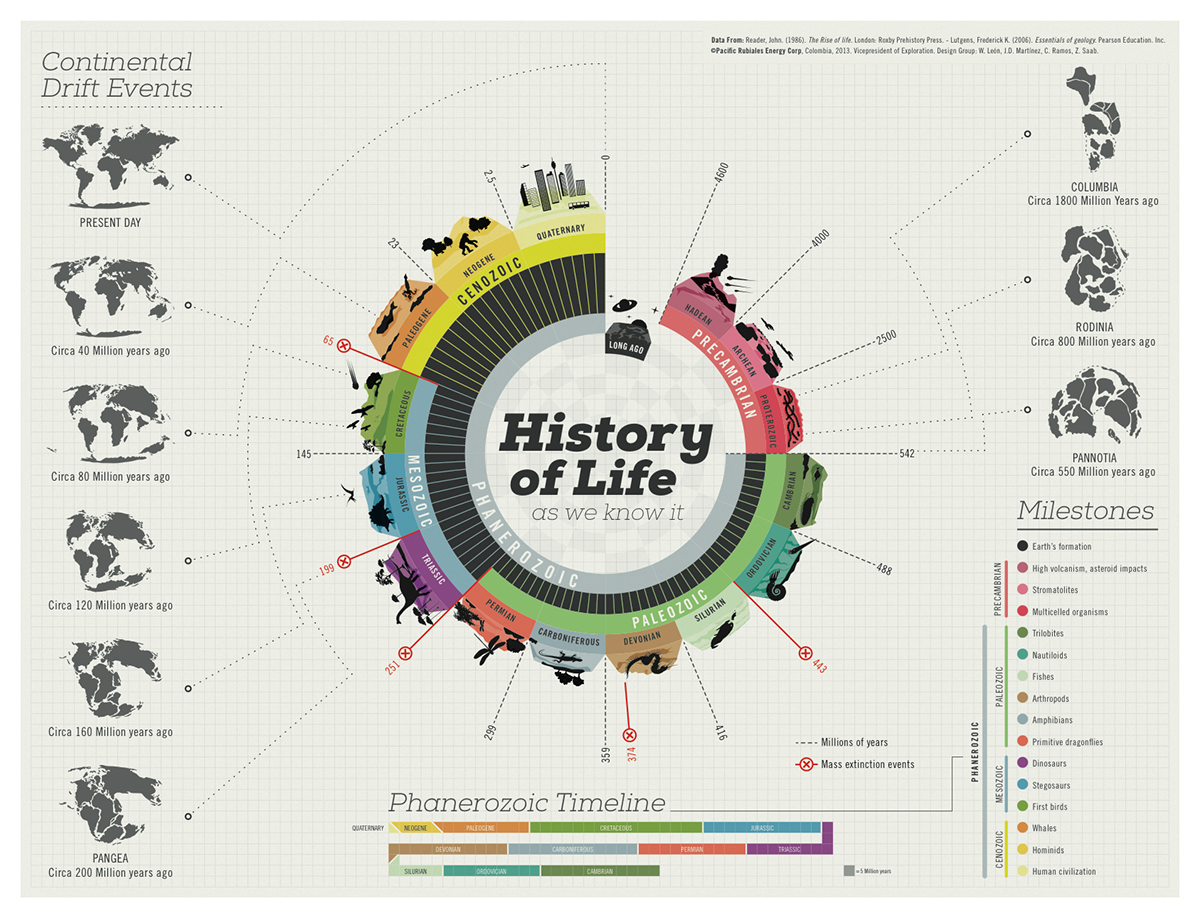 This graph communicates the chronology of life on earth.

Words relating to personality of topic:

(Death by causes in 2019 of Canadian residents)

This data set may have too many categories to be visually successful. Although it appears most successful in its third form.

A possible visualization of instance-level relations

An example of chronological data recording to the topic

An example of displaying the data would look like this

For this I improved the sense of scale in my sketch, using the full visual range to display the information.